(On Parting From Gujarat, by Wali Muhammad Wali. Translated by the author Aakar Patel)

"Parting from Gujarat leaves thorns in my chest
My heart -- on fire! -- pounds impatiently in my breast

What cure can heal the wound of living apart?
The scimitar of exile has cut deep into my heart

My feet were bound, and in sorrow I did tire
My heart singed rapidly, like a hair over fire

At first, this heady stroll left my mind fertile with rumination
In the end, this separation pulled my heart into intoxication

It is with regret that in the end I see my friends depart
So rise from the empty tavern and steady yourself, my heart

And thank God's mercy, O Wali! He let that passion remain
The heart's still anxious to catch a glimpse of my Gujarat again."

Wali Muhammad Wali (1667-1707) had no problems with his identity: he saw himself as a Gujarati. Apart from this ghazal, he wrote a masnavi on Surat (Dar Taarif-e-Shehr Surat) in which he describes his passion for the city with chest-thumping patriotism.

He is referred to as Wali Gujarati by the state's Muslims and by others as Wali Daccani (Wali of Deccan). He is thought to have been born in Aurangabad before moving to Ahmedabad, where he was buried in the reign of the emperor Aurangzeb.

Gujaratis do not consider him part of their cultural identity.

Wali's tomb in Shahi Baug, on the road outside the city police headquarters gate, was torn down on the afternoon of February 28, 2002 by a mob.

An idol of 'Hulladio Hanuman' (Riotous Hanuman) was put on his grave and the same night the ruins of the tomb were levelled and the road was tarred over it.

"Wali was a national treasure," says Waris Hussain Alvi, retired professor of English at Ahmedabad's St Xavier's college. Alvi is a descendant of Shah Wajihuddin Alvi, an important Gujarati sufi of the Qadiriyya order who lived in the time of the emperor Jehangir, and whose family claims links with Wali.

Wali is the first poet of the Urdu language. "He represents the beginning of the Urdu shairi tradition," Prof Alvi says.

"Wali was young, handsome and a lover of things: Ashiq mijazi," Prof Alvi says with delight. He was happy-go-lucky and went with his friend Syed Abul Mu'ali to Delhi to seek his future and recite his poetry.

Before him, verse was written only in Persian, the language of the court. Urdu, known then as Hindvi, Hindustani or Dehlvi, was used in conversation but no book and no poetry was written in it.

"When scholars and poets in Delhi read Wali, they were astonished at the beauty of his language," Prof Alvi says. "They realised that the language they used for everyday purposes was the language of poetry!

'Why are we writing in Persian?' they asked."

Wali's prolific work - he wrote in every form: rubayi, qasidah, masnavi and ghazal - became the rage with qawwals, dancing girls and musicians.

With Wali language began to change, says Prof Alvi. The more local Hindvi/Hindustani/Gujjari began to acquire a Persian vocabulary because of Wali's poetry.

Prof KC Kanda writes that Wali may "thus be called the architect of the modern poetic language, which is a skilful blend of Hindi and Persian vocabulary".

Prof Kanda adds that Wali was the first poet to write as a man -- the Persian tradition being to write of love from the woman's perspective, and that "his tone was of cheerful affirmation and acceptance, rather than of melancholy grumbling".

Wali began a poetic revolution from which immediately sprang three great poets a few years after his death: Mir, Dard and Asar.

Mir Taqi Mir acknowledges his debt to Wali in a couplet:

I haven't casually been possessed by Rikhta (Urdu):
My lover was a native of the Deccan

Other than his language, both Prof Alvi and Prof Kanda are agreed, Wali was able to fuse the two elements of secular or temporal love with love of the divine: Ishq-e-Mijazi aur Ishq-e-Haqiqi, the tradition of sufistic poetry which came to India from Persia.
However, he may have been born in the wrong period.

The Mughal court under Aurangzeb was Spartan and puritanical. The kingdoms that encouraged poetry -- the Shia Adilshahi and Qutubshahi dynasties of Bijapur and Golconda - were under attack from the emperor, who considered the Shia heretics.

It is unlikely that poets would be encouraged in such an atmosphere. Not much else is known about Wali. His tomb in the Shahi Baug area was known as 'Cheeni Pir ka Mazar' - the tomb made of china.

It was renovated by Mehdi Nawaz Jung, first Governor of Gujarat in the early '60s and then Wali Day was celebrated in the state, led by people such as the Gujarati poet Jayanti Dalal. Every year people would gather to pay homage, including Gujarati Hindus.

So important is the legacy of Wali that a fight has continued between the Daccanis, represented by Hyderabad funded by the Nawabs, and the Ahmedabadis over where Wali was from.

The first book on Urdu poetry, written in 1751, mentions Wali as being Ahmedabadi, while a second book, a decade later, says he was from Aurangabad.

Prof Alvi's father, a collector of manuscripts, had a document with the seal of Wali on it and the Alvi family at least is convinced, and takes great pride in the fact, that Wali was Gujarati.

Here was a Muslim who professed his deep and undying love for Gujarat. The state of Gujarat however makes no claim on him.

Shastri JC Philip ने कहा…
Would you allow your articles on nationalists, and specially those on Bhagat Sing, to be reproduced at www.Sarathi.info

ढाईआखर ने कहा…
Shastri Ji,
Namaskar
If you find my blog posting something worth and think its reproduction will serve it purpose, you can use it. Just inform me.
Thanks for visiting
Nasiruddin
4 जुलाई 2007 को 6:53 pm 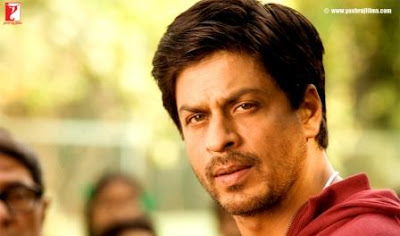 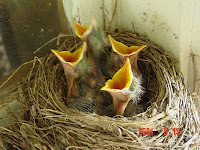